Alexandra Lamy at the fiction festival in Paris: she appears alongside her daughter Chloé Jouannet and causes a sensation 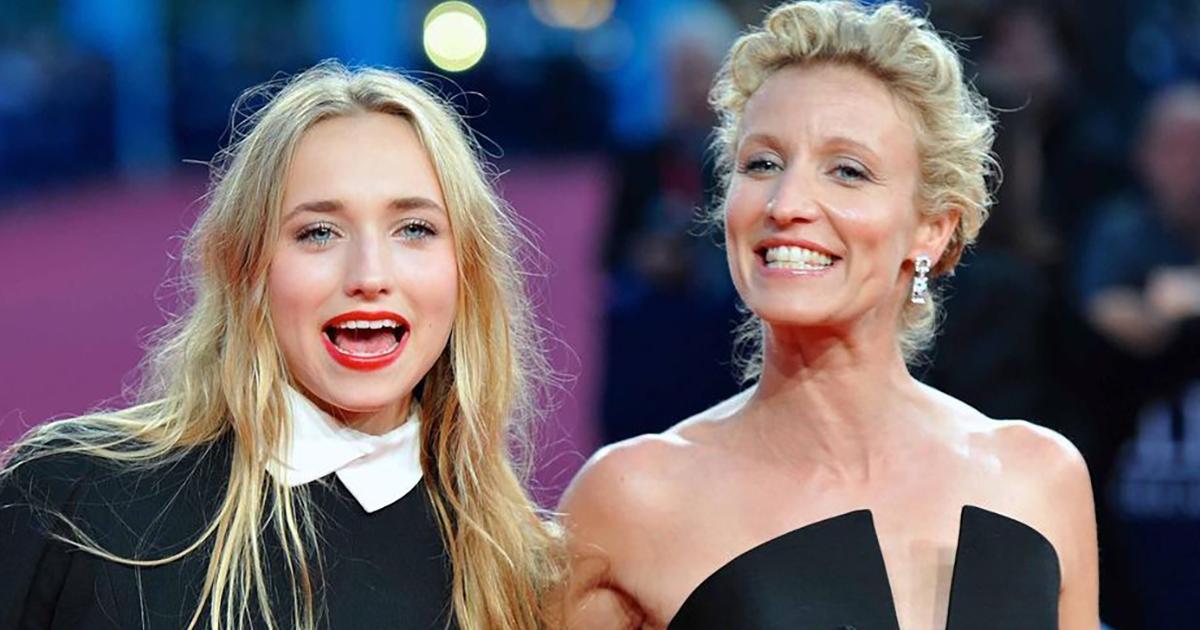 Invited to the fiction festival in Paris this Thursday, September 1, 2022, mother and daughter posed in front of the photographers, more stylish than ever.

Noticeable appearance during the fiction festival which took place in Paris this Thursday, September 1, 2022. Alexandra Lamy and her daughter Chloé Jouannet appeared together, literally causing a sensation.

Chloé Jouannet, who has just cut her hair and dyed it red, wore a black dress in tone-on-tone jacquard silk by Djerf Avenue. To complete her look, the 24-year-old actress wore a pair of black pointy-toe bottoms by Barbara Bui. At his side, his mother, Alexandra Lamy was dressed in a leopard print short-sleeved T-shirt and flared black suit pants. The 50-year-old actress sported square toe ankle boots.

A chic look for the mother and the daughter appearing more accomplices than ever. “I wanted to do so many different jobs when I was a child that when I grew up I realized that it was not so much the jobs that interested me but rather the possibility of doing lots of different things. I have always done theatre, sung, danced and finally the profession of actress imposed itself quite naturally “ said Chloé Jouannet in an interview with Paris Match in 2021. Rising actress of French cinema, the daughter of Alexandra Lamy and Thomas Jouannet makes her mother happy and proud.

Alizée: she reveals tender photos of her daughters Annily and Maggy returning to school