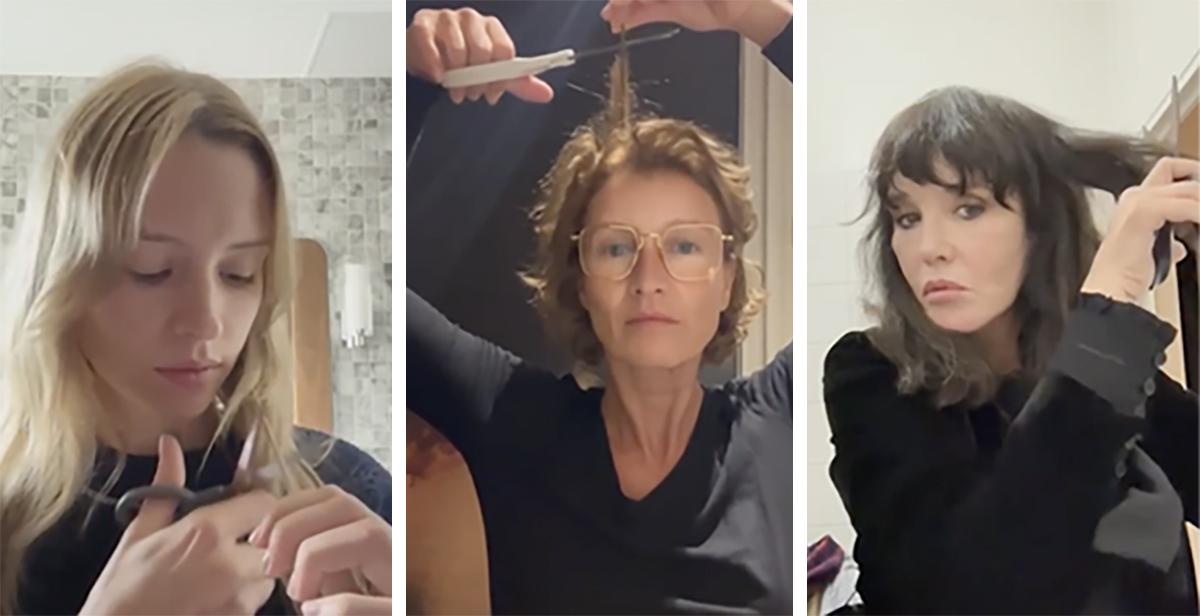 Cutting strands of hair, a gesture that has become a symbol of support for Iranian women who have been demonstrating for two weeks despite the repression; since Mahsa Amini, a 22-year-old Iranian woman, died after being arrested by the vice squad. The latter had left a few hairs sticking out of her veil…

“Mahsa Amini was a 22-year-old young woman. On September 13, she was arrested and mistreated by the vice police until death. She was only accused of wearing the veil inappropriately. She died for letting a few strands of hair show. His death outraged and moved Iran and the world. Since Mahsa’s death, which occurred on September 16, the Iranian people, women in the lead, have been demonstrating at the risk of their lives. These people only hope for access to the most essential freedoms. These women, these men, ask for our support. Their courage and their dignity compel us. » wrote the collective in the caption of the video in which the female stars cut locks of hair.

“It is impossible not to denounce again and again this terrible repression. There are already dozens of dead men and women, including children. The arrests only swell the number of prisoners already illegally detained and too often tortured. We thus decided to answer the call which was launched to us by cutting, us also, some of these locks. » he added.

Amandine Pellissard (Large families) accused of theft: the mother of eight children gives her version of the facts