Beliefs in witchcraft around the world

Beliefs in witchcraft are still very widespread in the world, shows a study published in November 2022 in the scientific journal PLOS One.

Boris Gershman, of theAmerican University at Washingtoncompiled data on beliefs in witchcraft among more than 140,000 people from 95 countries and territories.

The data comes from face-to-face and telephone surveys by the Pew Research Center and professional polling organizations between 2008 and 2017. 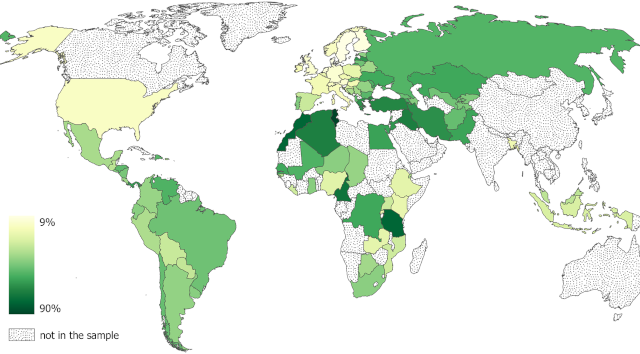 Various individual factors were associated with these beliefs. People with higher levels of education and economic security were less likely to believe it.

Gershman also combined this dataset with other national data and found that beliefs in witchcraft differ from country to country depending on various cultural, institutional, psychological and socio-economic factors.

For example, these beliefs are linked to weak institutions, low levels of social trust and innovation, as well as a conformist culture and higher levels of group bias – the tendency of people to favor those who look like them.

Psychomedia with sources: Plos One, PLOS.
All rights reserved.